M. Nasir drags out the hits and takes his nostalgia bandwagon to Stadium Negara next month.

For singer M. Nasir, it is all about spontaneity. Hence, his more immediate concern about his upcoming concert at Stadium Negara on July 25 – Konsert Satu Wajah M. Nasir – is whether he can book musicians who are always ready for anything he might do on stage rather than the fact that the last time he performed to a stadium crowd was in 2000 at Stadium Merdeka.

“It’s only 7,000 people,” he says cockily, but with a huge grin on his face, when asked if he has any worries about facing the stadium crowd after so long. “I’m always performing so it’s not a problem.” 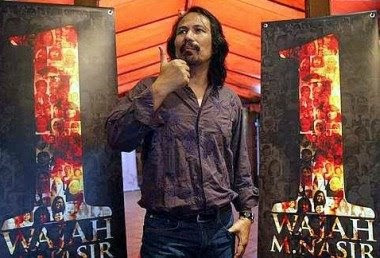 Spontaneous: ‘The concert (in Stadium Negara next month) is going to be a special. The energy is going to be different,’ says M. Nasir.
The 52-year-old – whom the industry has dubbed as the master – continues by saying he is more worried that the audience may not have the stamina for this concert that is scheduled to go on for 150 minutes.

He last played Stadium Negara in 1994.

According to Samirah Hambali, the managing director of Maya Axis Creative Sdn Bhd, the concert organiser, the concert will have a walkway in which the singer will have direct interaction with the crowd. But anyone who has attended his concert can attest that all M. Nasir actually needs to do is to sing. Those who have followed his career would know that he is able to generate good music regardless of its genre. Over the years, Nasir has gone from rock to pop to folk, and at some point even mixing all three. He assures that all these different influences derived from his albums will also be present at the concert.

“There’s always a chance that an old song will have a different ring to it. Everything is spontaneous with me.”

For this concert, Nasir says he plans a setlist with a minimum of 20 songs.

But considering that the man has been in the industry for three decades now, the challenge is to pick the best songs from the seven albums he has made since 1979. At the time of this meeting, he has yet to determine which songs will make the cut.

“I will sing more ballads this time around,” is the only thing he is willing to reveal before adding, “I will also sing a couple of new tracks from the album I am currently working on.”

n Early birds who buy the RM383 and RM253 tickets get a VIP car sticker to park at the stadium. The tickets and the sticker will be hand delivered if the purchaser is from the Klang Valley area. Fans from other states can collect both the ticket and the car sticker from the venue from a day before the event to an hour before the event. Other ticket prices are at RM153, RM83 and RM53. The prices are inclusive of RM3 Ticket Hotline processing fees.