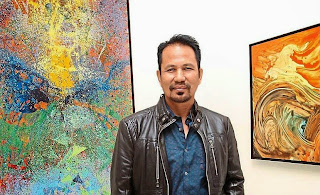 From keronchong to Kandinsky, M. Nasir is a man with many artful twists.

And yet his Wikipedia page makes no mention of a recent addition to his extensive resume. Datuk M. Nasir – the visual artist. This omission doesn’t really bother the 57-year-old renaissance man, who has maintained and enjoyed a long-standing career – singer, songwriter, composer, producer, actor and film director – in the entertainment industry in Malaysia since the late 1970s.

“‘I didn’t know you painted,’” says M. Nasir, sounding slightly amused. “I get that comment very often when people find out about what I have been busy doing outside my music work.” 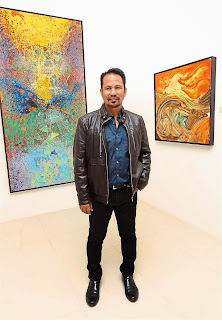 While music has clearly made M. Nasir a household name, art has always been something knocking on the back door of his career. It’s just that the knocks have gotten louder in recent months, or so he claims during an interview last week at Tapak Galeri in Shah Alam, Selangor.

“At one point in my life, I was full of messages. That was some 20 years ago … I wanted the world to listen to what I had to say through music. Then I came to realisation that it didn’t have to be like that. Sometimes, having an idea in itself can be outdated.

"Through art, I’m just expressing my existence now. I’m enjoying the process of making art,” he adds with a philosophical nod."

In 1996, M. Nasir nearly went back to art after his songs were frozen on RTM channels following his infamous “Siapa Mahathir?” outburst. He survived that stormy period.

An interesting – here and now – thread is developing for M. Nasir when it comes to art. He is not passing through the studio door, seeking to re-enter the past.

“This is me making art now. It’s coming from the inside. It’s how I feel now. I’m not trying to look back.”

It’s easy to see why some people would think he’s on a nostalgic trip. It was back in 1977 when the Singapore-born M. Nasir graduated in Fine Arts from the Nanyang Academy of Fine Arts.

He even participated in a handful of group shows in the late 1970s – including a two-man batik show with S. Amin Shahab (artist/composer) at National Art Gallery Singapore in 1978 – before moving his career towards music and theatre work in Kuala Lumpur. 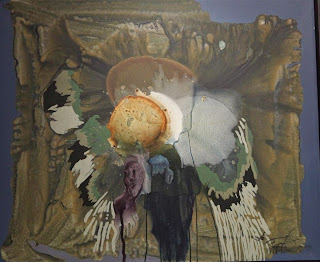 Dewi, (acrylic on canvas,2015) is one of the highlights at M. Nasirs solo exhibition Tanda II at Tapak Galeri, Shah Alam, Selangor.

But it took M. Nasir more than 37 years to finally agree to a solo exhibition and veteran artist Yusof Ghani, after much insistence and encouragement, had to pull out all the stops to organise M. Nasir’s first solo show at Tapak Galeri last August.

“I’ve known M. Nasir for a number of years now. We were part of a group show (Maya at Maybank Art Gallery) in 1999. We kept in touch. Through a mutual friend – Dr Rizhar A. Rahim, who writes music and paints – I found out more about M. Nasir’s art.

“About two years ago, Rizhar and I talked to him about doing a possible solo show. He agreed to give it some thought, and here we are now – two shows in nine months!” says Yusof, 64, who owns Tapak Galeri.

M. Nasir took more than a year to develop the first Tanda exhibition series at Tapak. Tanda, featuring 15 abstract paintings, definitely put his name and works out in the public domain as a solo artist.

The show was a success – selling out before it opened last August.

M. Nasir has been prolific since that first show, working the canvases diligently at his home studio in Sungai Buloh, Selangor.

“I wake up early and hit the studio before 8am,” he says.

“I paint during this time. For me, it’s a way of putting my thoughts and what I see in my head – the colours, the shapes – in an artwork.

“You want to perfect the vision in your head. Art is just like music, that’s the way I feel. You’re alone with your thoughts a lot in both,” he says. 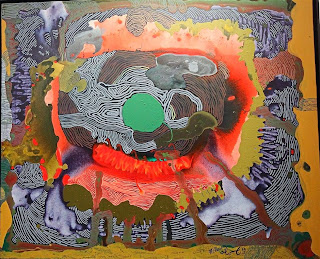 But just in case you think he’s given up everything else, he stresses:

“I’m still working on my music … that’s my afternoon work.”


Even in his music circles, art is not too far away. He mentions Kopratasa duo Sani Sudin and Usop, present-day collaborator Buddhi Hekayat, S. Amin Shahab and the late songwriter Loloq, as some of the people in his life who come from an art background and have made music a career as well.

This spurt of creativity – outside music – has clearly reinvigorated M. Nasir.

M. Nasir looked most comfortable in the artful surrounds of the spacious Galeri Tapak, where his second solo exhibition Tanda II, has now gained him further mention within the art circles here. This current show, featuring 25 new abstract works, also sold out once the exhibition began earlier this month.

Tanda II features a clearer progression of M. Nasir abstract paintings, with works from 2013 to 2015 pointing to an artist reborn and finding an identity. 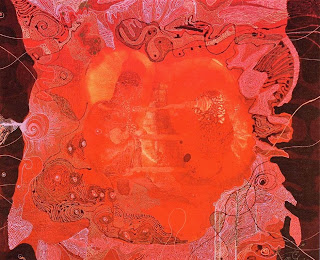 M. Nasir’s Degup (acrylic on canvas, 2015) is one of the standouts at his Tanda II solo exhibition.

“Art is something I do for myself. I tend to sketch and work on portraits when I have the time, but preparing for a solo is another matter,” says the artist, who gravitated towards abstract art for his Tanda and Tanda II series.

“When the first (show) was done last year, Yusof told me to do another show … he didn’t expect another show so soon, though. Not even a year has passed. I had no timeline, I just had this momentum to paint,” he reveals.

The insightful Tanda II catalogue notes from Buddhi also suggests M. Nasir’s art as a reflection of his “lyrical poetics swimming on canvas.” 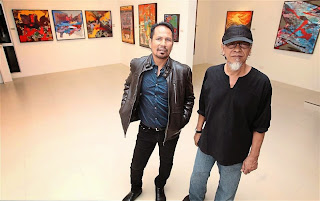 Themes like dreams, certainties, doubts and history – all tied to the man’s understanding of poetic abstraction – span both large and small canvases.

Years after art school, M. Nasir has not forgotten what Russian abstract pioneer Wassily Kandinsky describes in his essay Paintings As Pure Art:

“This art speaks in artistic language from spirit to spirit”.


Abstract art, as M. Nasir maintains, is an artistic voice he is keen to pursue further.

“Are both my shows at Tapak connected in a way? Not really. Perhaps, some can say it’s the continuation of the same kind of expression … and it’s called Tanda II. If you are going through something (when painting), art amplifies it.

“You can see and feel all your emotions. It’s the same thing (like music), but different sides,” says M. Nasir, who, art apart, has various music projects lined up this year, including producing the next Amy Search album and working on his own solo album (the first since Sang Pencinta in 2006). 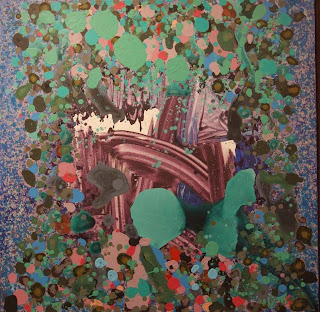 Keraian, (acrylic on canvas,2015) is one of the highlights at M. Nasirs solo exhibition Tanda II at Tapak Galeri, Shah Alam, Selangor.

The Tapak shows have given M. Nasir a solid return to the world of art and a third show, as revealed by gallerist Yusof, is scheduled next year.

“I think M. Nasir is secretly loving the rush of returning to the art scene. His close friends have always known about his passion for art – but now it’s out there.

“The first Tanda show saw a rush of music fans grabbing his art. With Tanda II, we’ve attracted a broader pool of collectors and the conversation surrounding his art is getting more interesting,” says Yusof.

For M. Nasir, he is taking this art “homecoming” in his stride.

“Maybe I’ll have to do another show soon. I still can’t afford to buy a Yusof Ghani painting,” he says with a hearty laugh. 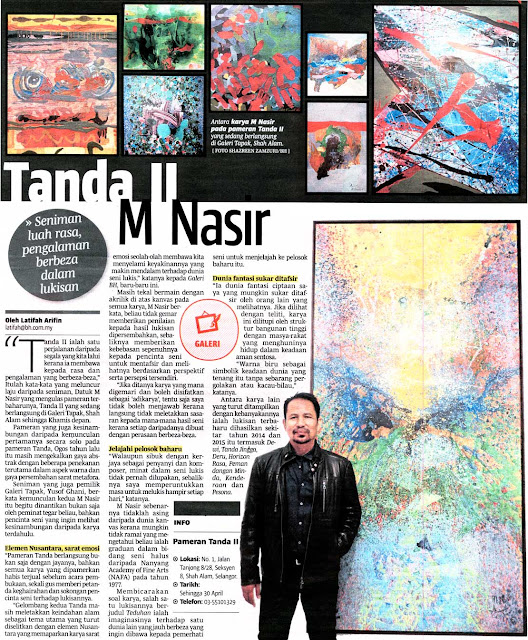 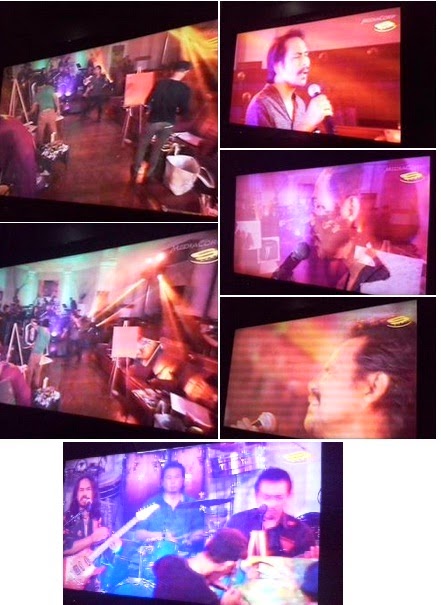 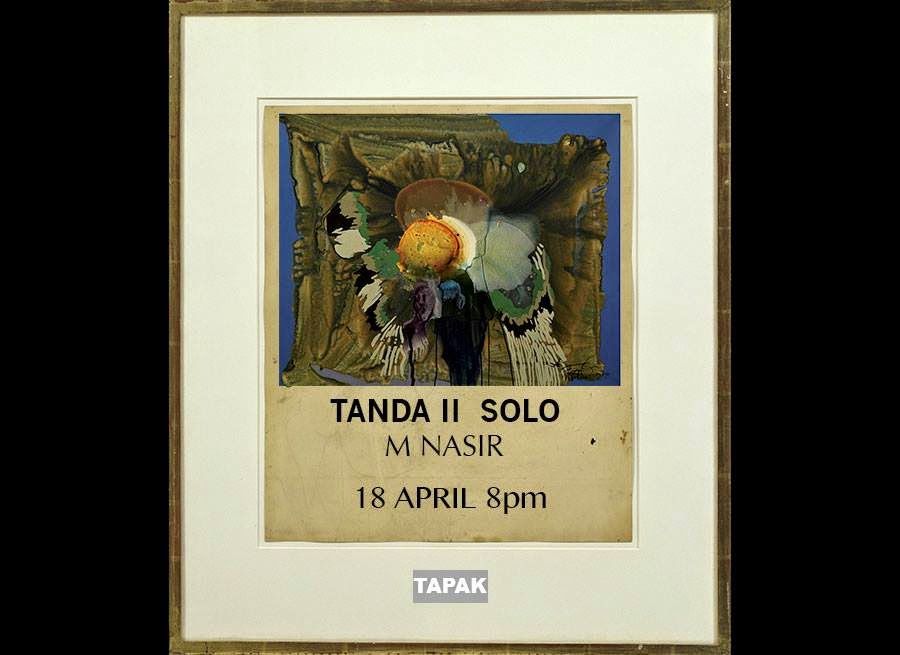