THE media publicity had been building up and the movie projects were launched with great fanfare, some with stars appearing in outlandish costumes.

Several of these projects were granted the Malaysian Film Development Corporation's (Finas) feature film loan of up to RM1.5 million.

And fans waited in anticipation for the movies to be released. They are still waiting.

Here's a list of some of the high-profile film projects which are now in limbo.

The film directed by Zulkiflee M. Osman was launched in May last year.

The film was launched in November 2007 and it also received the feature film loan.

Today, Ashraf is making it big in Indonesia while Raja Farah has acted in many other films. They are, however, in the dark on when Eee... Hantu is going to be released.

The project, directed by M. Nasir, became the talk of town in 2007 because it was Mawi's acting debut alongside newcomer Puteri Sarah Liyana.

The RM1.5 million project received the feature film loan. In fact, shooting took place in Sabah for several weeks until the project was halted.

Today, while Mawi's second movie, Jin Notti, is making waves in cinemas, there is still no news on when M. Nasir will continue with Aduh Saliha.

This ambitious film project on the legendary dragon of the Chini Lake was launched in August 2003 at its namesake.

Unfortunately, Raffi Hussein, who was also the director, could not proceed due to difficulty in raising the RM4 million to make the film.

Last year, Raffi managed to obtain the RM1.5 million feature film loan. But he died before it could roll into production.

The movie on the legendary warrior, to feature newcomers Mohd Hairulnizam and Maslina Omar, was launched last February with great fanfare.

To be directed by Rodzee A. Razak, the producer announced that the film would cost RM10 million, the second most expensive film after Puteri Gunung Ledang.

Nothing has been heard of it since.

Directed by Ahmad Ibrahim or better known as Mat London, the film stars comedian Yassin, Nor Fazura and Rita Rudaini.

The RM1.2 million film was shot in 2007, yet at this point, even the stars do not know when it will be released.

. Bunian: Mahkota Seri Helang (Fantasy Films)
Leading lady Nasha Aziz made such an impact when she turned up in a fairy costume when the movie project was launched last January.

However, after the grand launch, there is no news about this project. Datuk Siti Nurhaliza was also supposed to record its theme song.

Producer Wan Noraini Wan Noh launched the project about the life of a Makyong dancer in July last year.

She had earlier said that the film had the potential to become Malaysia's first entry in the Academy Awards.

The film shoot, set to be directed by Arieef Karmahani with Zulhuzaimi and newcomer Sharina Ahmad Hadzimdan as main stars ,has been postponed several times.

. Pasir Salak: King of the River

Senator Tan Sri Jins Shamsudin's movie on Perak's most prominent historical figure has been in limbo for more than 15 years.

In fact, the movie set, estimated to cost about RM5 million, had already been built in Pasir Salak years ago .

Jins recently announced that he wanted to revive the project. But there has been no news since then.
Dimasuk ke arkib oleh Saudagar Mimpi pada 9:22 PTG 2 ulasan:
E-melkan IniBlogThis!Kongsi ke TwitterKongsi ke FacebookKongsi ke Pinterest 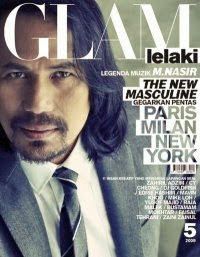