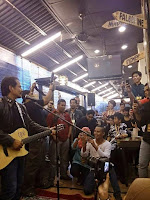 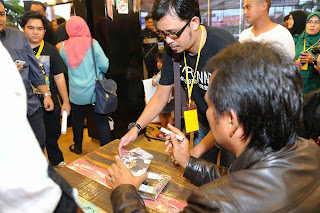 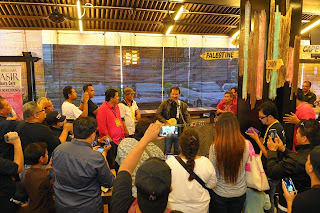 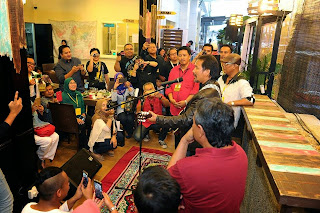 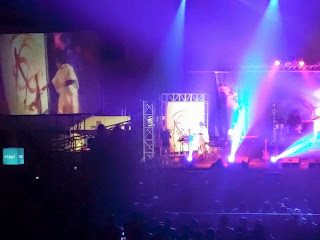 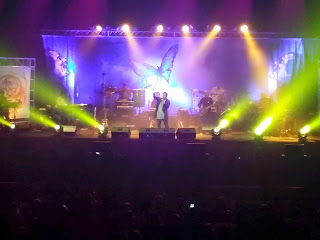 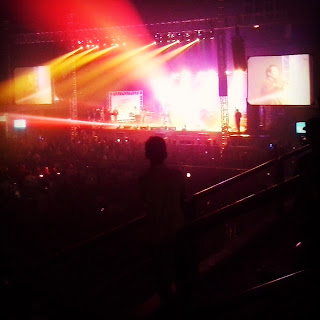 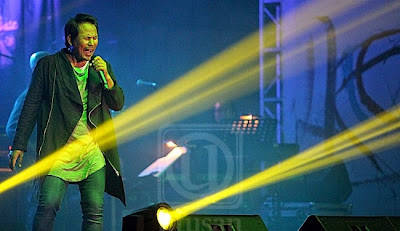 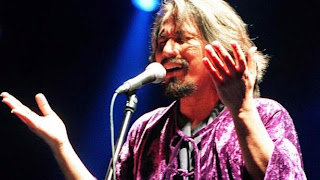 SINGAPORE - When Singapore-born singer-songwriter M. Nasir first fused the sounds of traditional Malay music instruments with Western ones, he never expected the new genre of music - known as Nusantara - to create such a sensation in the 1990s Malay music scene in Singapore and Malaysia.

"I wanted to make a change. But I didn't expect it to have that big an impact," he tells Life! in a telephone interview from his base in Selangor, Malaysia.

Listeners were first introduced to Nusantara music in Nasir's 1988 album Solo, which was produced in Malaysia after he moved there from Singapore in late 1984.

The album's single Mustika, a commercial pop song which incorporated the sounds of traditional instruments such as the gamelan and angklung, became a hit with Malay communities on both sides of the Causeway.

Many felt the new blend of music allowed them to identify with their roots in an increasingly Westernised landscape. Back then, Malay-language music was dominated by rock and hip-hop.

Nasir says: "Malay music was going in the direction of rock ballads. I didn't believe in that kind of direction. Rock should be there, but it should not be the main thing."

Which is why the prolific 57-year-old songwriter and producer, who churned out hit songs for Malaysian rock bands and singers such as Search, Wings and Ella in the 1980s, had a different approach for his solo outputs.

To him, introducing ethnic influences to contemporary pop was a way to keep Malay culture alive while moving with the times. "I tried to take things from our tradition and culture to create our own form of music, one that would represent us," he says.

It is hard to believe that the Malay music icon stumbled into the music recording industry "by accident".

Nasir, who graduated from the Nanyang Academy of Fine Arts (Nafa) with a diploma in Western painting, says he had originally planned to be an artist.

But all that changed when he was asked by his friend Wan Ibrahim, then the executive producer of record company Polygram Singapore, to write lyrics for then up-and-coming Penang pop-rock band the Alleycats in 1978.

Little did he imagine that first stab at songwriting to herald the beginning of a brilliant music career, spanning more than three decades.

"When I started out, I didn't know much about the industry. I didn't know whether I could make money or a living out of it, but all I knew at that time was that I liked it," he says.

It proved to be the right move - his first lyrics, Senandung Semalam (Yesterday's Serenade), became a hit for the Alleycats in 1979.

In the same year, he released his debut solo album Untuk Pencinta Seni (For Art Lovers) and became the frontman of folk-rock band Kembara. Their self-titled debut album was a commercial success, selling 25,000 copies upon its release in 1981.

The multi-talented musician also dabbled in films, making his debut in 1986 Malaysian film Kembara Seniman Jalanan (Adventures Of A Street Artist), where he served as lead actor and screenwriter.

He moved to Kuala Lumpur in 1984 with his family to be at the heart of the Malay music industry.

With Singapore's relatively small music market, he feels it is imperative for budding Malay artists to promote their music abroad in countries such as Malaysia, Brunei and Indonesia.

He, however, adds that not everyone has to follow his footsteps in becoming a Malaysian citizen as he did in 1989 to succeed. While he says he misses Singapore, this was something he chose in order to be "more committed to the industry".

The 1990s spelt many other unforgettable career highlights for Nasir.

At the 1994 Malaysian music awards show Juara Lagu, he swept a record four out of five awards he was nominated for.

"I felt so grateful then. I was thinking, 'People are getting it, like they understood my music'," he recalls of the feat, which came after consecutive nominations at the Juara Lagu finals every year since 1990.

With their philosophical and poetic lyrics, his songs have often been perceived as too deep for the average listener. He says: "For any kind of art, I want to leave people with some form of thinking. I like to give meaning to my work."

In spite of all his achievements, Nasir continues to remain grounded.

He says: "The thing about this industry is that if you do good work, it will naturally become a big thing. If you don't, then it will be small and you will think the industry is not for you. The opportunity is there, but you have to produce good work."
Dimasuk ke arkib oleh Saudagar Mimpi pada 11:57 PG Tiada ulasan:
E-melkan IniBlogThis!Kongsi ke TwitterKongsi ke FacebookKongsi ke Pinterest
Catatan Terbaru Catatan Lama Laman utama
Langgan: Catatan (Atom)