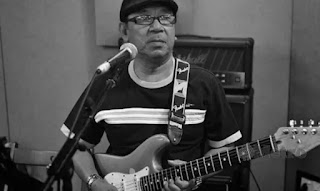 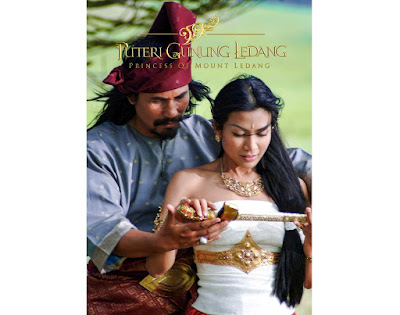 The 2004 epic fantasy film, starring Datuk M. Nasir and Puan Sri Tiara Jacquelina, is based on the beloved Malaysian folklore of the same name. — Picture courtesy of Netflix

The 2004 film, which stars Datuk M. Nasir, Puan Sri Tiara Jacquelina, Datuk Rahim Razali and Adlin Aman Ramlie, is based on the popular Malay legend about a Javanese princess caught in a love triangle with the Malaccan warrior Hang Tuah and Sultan Mahmud.

Made with a production cost of US$4 million, Puteri Gunung Ledang was the first big-budget Malaysian movie ever made.

The tale of duty, loyalty and forbidden love between the Javanese-Hindu princess Gusti Putri and the Muslim warrior Hang Tuah was a hit with audiences, winning five awards at the 2004 Malaysian Film Festival including best director and best screenplay.

The film was also the first Malaysian film to be submitted to the 2004 Academy Awards although it wasn’t long listed.

“Puteri Gunung Ledang was my first film, and very close to my heart,” director Saw Teong Hin said in a press release.

“The film is based on a legend that many Malaysians have grown up with and is an important part of our cultural heritage.

“I’m excited to share this film again with Malaysians and a regional audience, especially the younger generation who may not have had a chance to watch it yet.”

The film was adapted into a musical in 2006 by Tiara’s production company Enfiniti (M) Sdn Bhd and remains the company’s most requested musical.

The musical made it to the Malaysian Book of Records for the longest-running local production ever staged and was scheduled to be restaged in July but has been postponed to next year due to Covid-19. 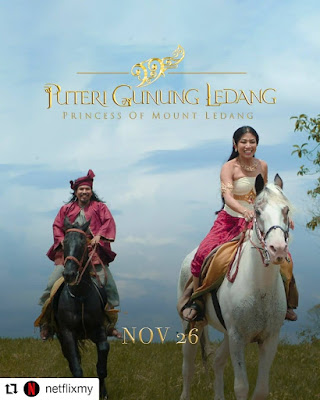 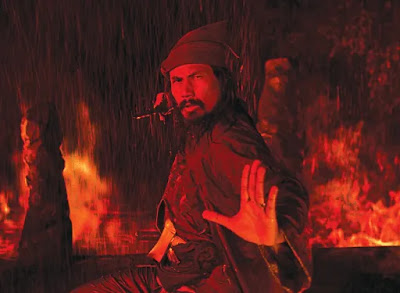 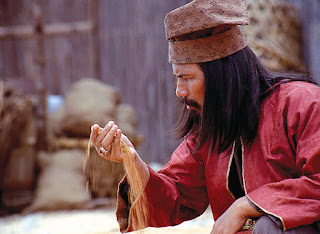 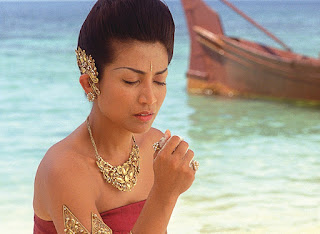 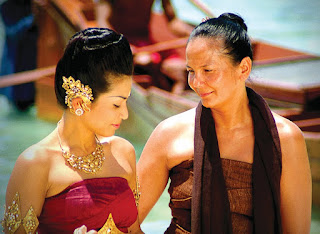 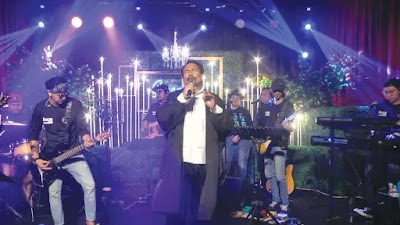 Listen to M. Nasir and other celebrities read on Malaysia’s first audiobook platform that seeks to preserve classics 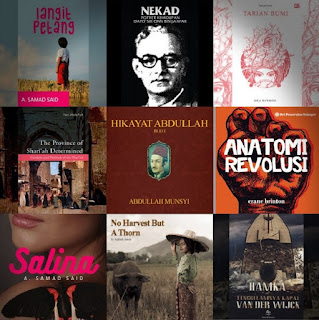 PETALING JAYA, Sept 11 ― Ever wanted to read great Malaysian classics but can never find the time?

You might want to check out Nusantara Audiobooks, the country’s first audiobook platform that is making “listening” to Malaysian authors cool again.

Established in 2016, the platform currently has dozens of audiobooks including history, literature, biography and philosophy for busy readers who can’t pick up a physical book.

But perhaps most impressive is the platform’s collection of significant but rare history texts such as Sejarah Melayu (Malay Annals) by Tun Sri Lanang and Hikayat Hang Tuah that provides listeners a glimpse into Malaysian life in the 15th and 16th century.

There’s also the entire Sang Kancil collection in both English and Malay, the endearing folk tale series about a wise mousedeer that former public school attendees would recall.

The platform is an initiative by the Selangor State Government and the Selangor Public Library with the aim of making important works accessible to the public as well as to foster knowledge consumption through audiobooks.

The digital space for books is also intended to preserve classical books.

“One of the motivations for the state library is to make sure they are preserved in audio format since the copies are rather hard to find,” Nusantara Audiobooks programme coordinator Fikri Fisal told Malay Mail.

“It’s a good way to encourage the younger generation to read these books if they’re in digital format.”

It’s certainly true for the 28-year-old who loves Hikayat Abdullah, the autobiography of Munshi Abdullah, also known as the father of modern Malay literature that was first published in 1849.

In the book, the writer talks about how he witnessed A’Famosa being blown up by the British leaving only the fort’s small gate.

“The language, being written in the late 19th century, is still within grasp and it provides a visualisation of places we know of like Melaka,” said Fikri.

The academic researcher by day said the audiobook site came into existence after he and four friends found out that the Selangor State Library was looking into audiobooks and they were able to lend their expertise.

The first book was recorded in mid-2017 as part of the pilot project that saw 16 books recorded, a figure that has now grown to 70 books which include foreign authors.

It’s also worth mentioning that most of Nusantara Audiobooks’ titles are narrated by recognisable names in the entertainment scene such as Datuk M. Nasir (Sejarah Melayu), Adibah Noor (No Harvest But a Thorn), Wan Hanafi Su, Lisa Surihani (My Name is Hasmah), Tony Eusoff (A Doctor in the House) as well as television and radio personalities such as Tengku Elida Bustaman (Salina), Kudsia Kahar and the late Datuk Mahadzir Lokman.

A post shared by Nusantara Audiobooks (@nusantaraudiobooks) on Jul 8, 2019 at 9:25pm PDT

Some classical titles proved to be a hit on the platform when they are voiced by a famous personality, said Fikri.

“So, when you have certain voices that people like, that also contributes to the book’s popularity,” he said.

He added that audiobooks from the Young Adult section have been the most popular due to the younger generation’s familiarity with digital consumption.

The team then decides on the creative direction, narrator choice and studio selection.

The late historian Tan Sri Khoo Kay Kim, who narrated his autobiography I, KKK, is the only voice talent who recorded a book in his home due to his age.

Depending on the length of the book, it generally takes a month to complete the recording process.

Nusantara Audiobooks has plans to translate Malay-language books into English to widen the audience range for non-Malay speaking audiences who want to access classical Malay literature.

“We are slowly attempting to make translated versions available because not all books in our system are in Malay, some are in English and some in Indonesian,” he said.

Nusantara Audiobooks hopes to acquire the rights for all classical works not just by Malaysian authors but British colonial authors such as Anthony Burgess’ Malayan Trilogy.

“Our hope is for all or most of the classical works to be converted into audio format,” he said.

They would also like to include other audio products such as podcasts and poetry as well as audio theatre which promises a fun listening experience that features sound effects and multiple actors.

But for now, awareness remains a major hurdle as Fikri’s team often gets asked ‘What are audiobooks?’.

“There’s the perception that audiobooks are for people who are lazy to read but it’s not true.

“Audiobooks can contribute to your life as an alternative for when you’re driving, on the LRT or jogging.

“It’s not meant to replace books, that’s what people have to understand,” Fikri said.

taken from New Strait Times 24 July 2020
By Aref Omar
AFTER four months of being shuttered due to the Covid-19 crisis and the ensuing Movement Control Order (MCO), Istana Budaya opened its doors once again recently with a special performance. 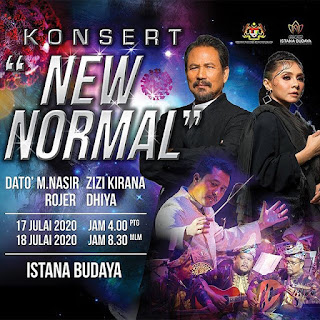 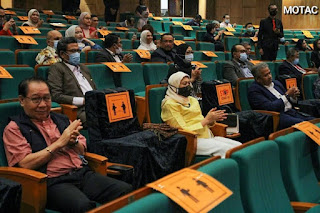 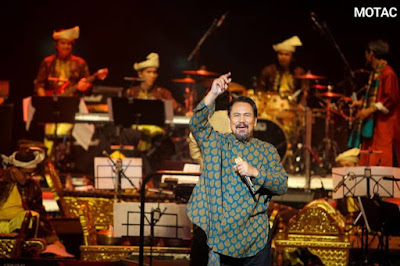 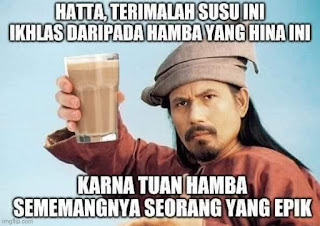 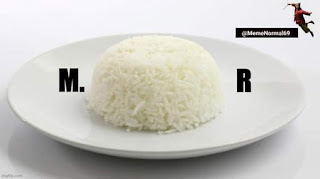 "A meme is an idea, behavior, or style that spreads by means of imitation from person to person within a culture and often carries symbolic meaning referring to a particular phenomenon or theme." (wikipedia) 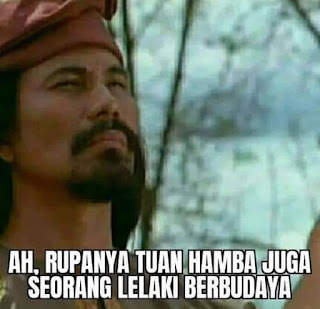 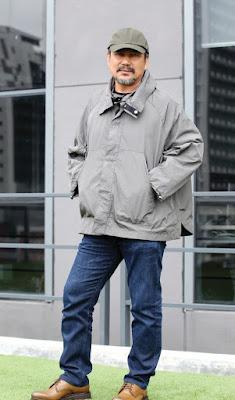 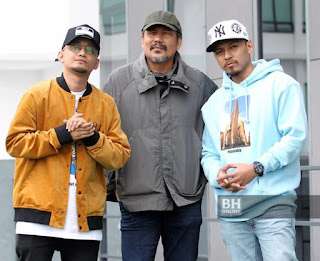