From heartbreak to hit

Bob Lokman tells Nur Aqidah Azizi how his broken heart inspired him to write a song that eventually became a hit for Wings.

COMEDIAN, actor and lyricist Bob Lokman sounded weak when he picked up the phone recently.

The 54-year-old, whose full name is Mohd Hakim Lokman, was at Hospital UiTM Sungai Buloh where he was warded for heart and lung problems.

“I am still very weak. Please pray for my recovery,” he said, his voice a far cry from his bubbly and jovial demeanour.

I called to interview him on the haunting tune, Taman Rashidah Utama, one of the most popular songs from the legendary rock group Wings, which he wrote in 1988.

Bob penned the song to tell his story of unrequited love, with little expectation that it would become a hit.

He said Nasir then offered to “fine-tune” the song.

“I told him to just do whatever he wanted. I was heartbroken and fixing the song couldn’t make me feel any better,” he said.

And so the song made its way into Hukum Karma, Wings’ sophomore album in 1988, despite the fact that it was never a favourite among the production team back then.

Bob managed Wings from 1986 to 1989, besides other popular artistes including Nasir, Datuk Hattan and Datuk Ramli Sarip.

But the song became an explosive hit, and was announced as one of the finalists at the Anugerah Juara Lagu in 1989.

It also marked Wings’ debut in AJL since the band’s formation in 1985.

Wings also won Best Performance for its excellent rendition of the song.

“None of us realised that the song was a crowd favourite. We only found out about it during a concert in Sarawak when the hall suddenly rang out in rapturous cheer as soon as the song filled the air.

“The audience sang along to the tune; all lit up their lighters to follow the melancholic mood of the song. I was stunned. It was obvious that the song had reached out to the fans. That was all that matters,” said Bob.

Despite the popular song, many are not aware that some 10 kilometres from Seremban city centre is a Taman Rashidah Utama, located in Senawang.

Was it just coincidence or did the name of the housing area inspire Bob to write the song?

Laughing, he replied that a girl who used to live in the housing area was the real inspiration behind the song.

“When I was in my late 20s I met a 14-year-old girl and fell for her. I found out that she lived in Taman Rashidah Utama in Seremban,” said Bob.

“I used to travel to Seremban from Kuala Lumpur as Wings used to practise at a music studio there.

The girl dropped by the studio with her friends one day as they wanted to see Wings. She was so pretty but she didn’t care a whit about me. But I liked her anyway and we’ve been friends since,” he said.

Bob travelled to Seremban everyday to see the girl from afar as she waited for her school bus every morning.

“I was willing to wait until she finished school. I planned to meet her parents then to ask for her hand in marriage.

“But the girl had made it clear that she had no feelings for me.

“I tried my luck anyway but my proposal was turned down by the girl and her parents. I was heartbroken,” said Bob, laughing as he recalled the memory.

“After my proposal was rejected, I still travelled to Seremban and passed by the housing area, hoping to catch a glimpse of the girl again. After a while, I gave up and that was how Taman Rashidah Utama came about.”

However, they met again after she became an actress and the two became friends.

Bob’s object of affection is none other than Aida Aris, a familiar face on local television.

“We met on several occasions when I was still active in the entertainment scene. We had a good laugh when we recalled those days.

“She also suggested that I turn our story into a drama but the idea never took off,” said Bob, who now has eight children aged between 4 and 25. 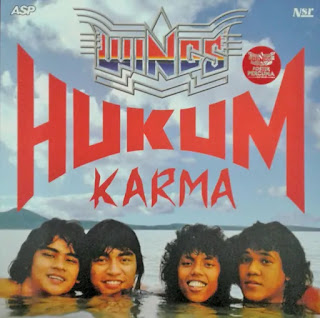 “Taman Rashidah Utama is not just a song about a broken heart. It is a constant reminder that if everything you do comes sincerely from the heart, it will somehow bring you somewhere you’ll never expect to be,” said Bob.

The popularity of the song further strengthened his name as one of the more prolific composers and lyricists in the music scene.

As of last week, Bob has been discharged from the hospital and is currently resting at home.