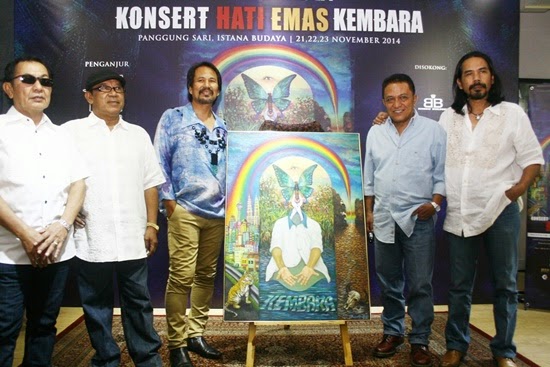 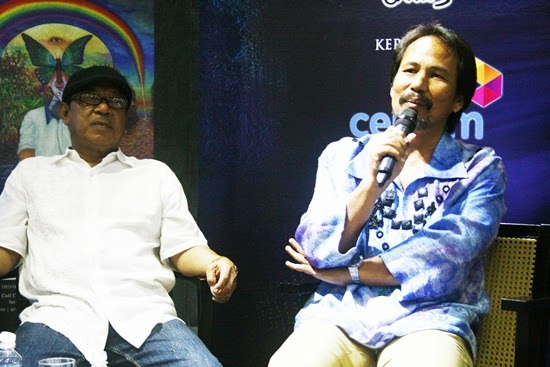 Valuable lessons in the music world, as told by Papa Rock 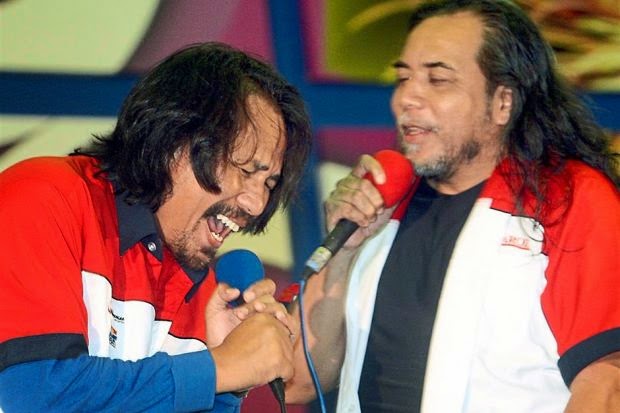 The singer-songwriter became aware of Ramli Sarip as early as his teen years since both were living in the same neighbourhood in Singapore, and shared the same field for after-school activities.

While Nasir would be there to play football, Ramli went there to practise with his band. Nasir recalled: “I can’t quite remember when I first talked to him but I remember having a chat with him when he performed at a wedding at one of the houses.”

Although they were not in the same social circle (Nasir had yet to get into music seriously, being more interested in art at that point), Nasir knew the developments in Ramli’s musical career.

“They were all B-side material,” said Nasir with a chuckle. “I was teaching arts in the same street that Sweet Charity was recording. At that point, we had yet to be friends. Our friendship developed over the years, it didn’t happen in one day.”

Nasir: What is the best moment in your career?

Ramli: To pinpoint one moment is pretty difficult, but the whole journey itself has been a beautiful one. Whatever moments I’ve experienced, I am thankful for each and every one of them.

Nasir: When you were performing at the National Theatre in Singapore back in the 1970s with Sweet Charity – doing covers and rock songs – did you see me climbing a tree to watch you perform?

Ramli: (Laughs) You told me this story. The people who do this call their tickets “tiket daun” because they have no money – they have to climb a tree and some of them will fall.

That National Theatre, to me, was an iconic place. All the international bands like Bee Gees and many artistes from Indonesia and Malaysia performed there. The stage can rotate, it was quite amazing. It’s sad that it’s gone now.

But I remember, (Nasir) telling me this story. He said he fell down and I told him, “Padan muka!” (serves you right). 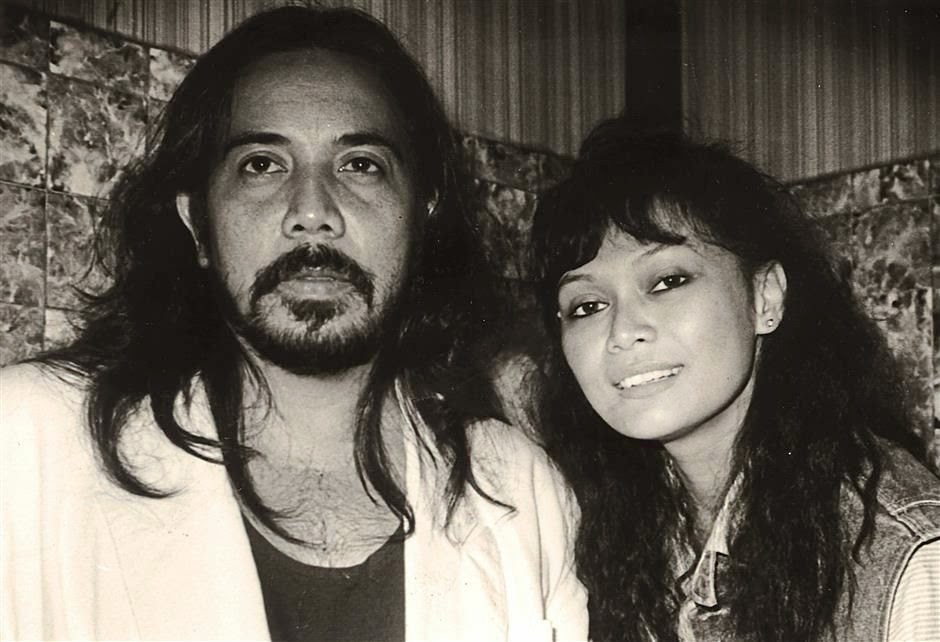 The 31-year-old singer was only five or six years old when she heard Ramli Sarip’s Doa Buat Kekasih (a duet with Datuk Khadijah Ibrahim), and immediately fell in love with it. She finally did a cover of the tune last year for a radio show.

Although as a child, it was the intro that registered mostly on her mind, as an adult, she realised the poetic element of that song.

According to her, it is amazing how he can do a number like Kau Yang Satu, which is a heartfelt song about God in a non-nasyid form, and then be equally adept at a song that has a light-hearted melody like Nyanyian Serambi. “His range is just awesome,” said Liyana.

Liyana: Can you share what you were going through or experiencing when you wrote Kau Yang Satu?

I think because I delivered the song with the right emotions and energy, a lot of people were touched by the song and its lyrics.

When you understand life, religion and art, you will have the link and the flow for this particular song. It’s a very spiritual song.

Liyana: Would you be open to working with independent musicians? If yes, what would be the criteria for a good collaboration?

Ramli: I am very open to collaboration. The criteria is always the song’s concept and that it must be artistic, besides its pop value.

It cannot be only as a means to capture the younger audience – it must have substance, it must say something. I am quite choosy but at the same time, I am open.

When I recorded my second solo album (Bukan Kerana Nama), I accepted songs from composers who were still teenagers because their songs had soul and spirit in them.

The composers were only 16 and 17 years old, but when I heard their demo tapes, I thought to myself: “How come these kids are so young but they can write good songs with meaningful words and nice melodies?”

So, yes, I am open to collaboration.

Liyana: If you can give one piece of advice to a struggling singer/songwriter, what would it be?

Ramli: Jangan merajuk (don’t sulk). Don’t feel disappointed or that you are bored with music. Just relax, take a break and start all over again.

But at the end of the day, it’s the people who choose whether they want to listen to you or not.

They are the ones who decide whether they want to attend your concert or not. So don’t get upset.

The journalist, poet and independent art curator has met Ramli Sarip a couple of times as a subject for his articles.

The beauty of traditional music, its melody is untouchable. In the east, the reading of the Quran, or the nasyid, or when you listen to Qawwali, the trip is beyond.

Even Eddie Vedder (who has worked with Nusrat Fateh Ali Khan) had said, it’s out of the world. Our music is sacred and can be so personal.

Eddin: You have been described as a “musical adventurer”. What does this description mean to you?

Ramli: I don’t know about musical adventurer. My friends have called me a “messenger of songs”. I can deliver songs in the right way, or hook or glue a song, especially during live performances.

Eddin: Please talk about the relationship between music and religion for you?

Ramli: It’s subjective, actually. To me, without life there is no religion.

In Islam, there are 99 names of God. One of it is “The Subtle One”, which means you can’t see but you can feel. So music is something like that. The sound of the river, the birds, the wind – it all goes back to God. 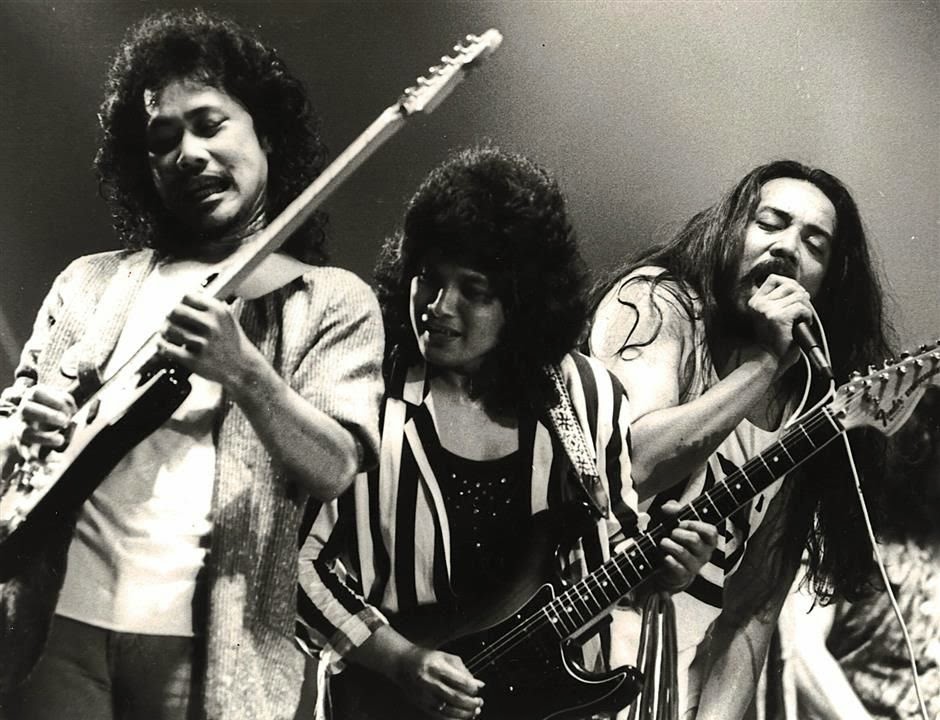 The former lead guitarist and vocalist of Butterfingers and currently playing in MonoloQue got to know about Ramli Sarip’s music through his father’s collection of Sweet Charity albums.

Hence, when the opportunity arose for Butterfingers to record a song on a Sweet Charity tribute album in 2001, Loque was honoured.

The band picked the tune Di Tahun 2000, but made the rocking number their own by changing the sound (and song title, Tahun 2001) to suit the band’s own style.

Loque said, “We made it ours. I believe a remake should be different from the original number. But I heard he wasn’t very pleased with our version.

“I saw him once on the street, so I went up to him to apologise about the song. He just said, ‘Dah tukar, baru nak cakap.’ (You are telling me after doing the changes?) But he looks like a cool dude. A rock star who is humble.”

Loque: You are a pioneer of Malay rock music. What was it like to bring rock music to Malaysia and what was the society’s perception of this genre back then?

Ramli: What I understand and what I know is, we just wanted to play music. There is nothing is wrong with rock music. There’s nothing wrong with dikir barat, or jazz, or blues, it’s just music. And music belongs to everyone.

Of course when we started, an artiste in a rock band was considered as someone who followed the west – budaya kuning – which meant sex, alcohol and drugs.

But I believed and stood by my culture. There’s nothing wrong with the music, it’s all about you – where, how and what kind of message you want to convey to the listeners and fans.

It’s important you respect that. Although I played rock music, I didn’t do certain things that I didn’t think were right, and that’s something that I held on to. And that I still hold on to.

Loque: How did fans react when you localised rock music?

Ramli: When I went back to the traditional music, which is my roots, the Sweet Charity fans were OK and forgiving about it.

There is no other rock band in the world that can do joget song, but Sweet Charity can perform a joget number because we are people of Nusantara (of the Malay world).

Loque: Rolling Stones and U2 are two bands that are still going strong. What do you think a Malaysian band has to have to be able to endure the test of time?

Ramli: I think there is no reason for a band to break up unless they have no choice, because music brings people together. If you cannot forgive and forget, respect and love, there is no music.

Two members of Sweet Charity have passed away, but the remaining members carry on.

The winner of Akademi Fantasia (season six), who has chosen the rock genre as her music style, may only be 24 years old, but she is very much aware of Ramli Sarip and the songs he has released over the years.

Stacy: In the 45 years you’ve been in the music business, do you still have any ambitions you have yet to achieve?

Ramli: What I have been through in the last 45 years have been achievements, not success.There are more things to be done. I can give more; I can share more; I can do more, InshaAllah.

Stacy: Do you have any tips on how to remain in the industry for a long time?