Moving single from Dave and Nasir

The song, Nyawaku, was written and composed by Datuk M. Nasir, a longtime friend and fan of Dave, who also plays the guitar in the video.

Besides featuring instrumentals by Nasir and popular violinist Joanne Yeoh, the video depicts a short drama that hammers home the message of keeping tabs on one’s children, taking responsibility for actions, avoiding gangsterism and, most of all, to stop dumping newborns.

Dave says: “The music video is like a five-minute public service advertisement and it is both graphic and moving. We have Gerak Khas’ A. Galak playing a single father who fails to keep tabs on his teenage son.”
He says the boy joins a gang, makes one of the gangsters’ sisters pregnant, dumps the baby, and meets with an accident while fleeing from his angry peers. However, there is a twist at the end.

All the actors work with Yusof. Dave and Syafiq spent a week shooting the video. The single is part of the run-up to his June 1 concert in Istana Budaya, Kuala Lumpur.

Dave will be launching his 40th album to mark his 40th year in music. He launched Nyawaku and I Will Always Love You at Hard Rock Cafe, Jalan Sultan Ismail, Kuala Lumpur on April 17.

Syafiq is also directing a music video for Dave and singer, songwriter, pianist and actress Marsha Milan Londoh. It will be wrapped up in a week’s time. It is for their special interpretation of the Whitney Houston hit I Will Always Love You, which is sung by Marsha in English and Dave in Hindi.

Marsha says: “Towards the end, both of us will sing in Hindi. It’s a first for me. I’d love to sing in Chinese someday.”
Dave met Marsha performing the song during a recent Miss Earth pageant in Kota Kinabalu, Sabah.  “It was a hit with the guests, and we decided to record it as a single to mark my coming concert,” says Dave.

Dave sang I Will Always Love You in English with Siti Nurhaliza a decade ago. “After that, I had an idea, to sing it in Hindi, and it’s finally become a reality,” he says.

Dave decided to have Marsha sing the popular song with him as they are both fans of Houston. “We are devastated by her death, and this is dedicated to her and all her fans,” says Dave, who plans to sing with Marsha’s sifu Jaclyn Victor next.
Dave is busy rehearsing for his three-day concert three hours daily, thrice a week.  “And I’m exercising every day to keep fit and healthy,” he says.

Dave is delighted to collaborate with Nasir, and describes him as the greatest musical sifu of Malaysia. “Nasir is the man with the golden touch when it comes to creating great music. Another hero of mine is S. Atan who created many of my hits.”
Nasir, in turn, says that “It’s always an honour to work with Dave. He knows what he wants and he is committed to making great music for Malaysians of all ages.”

The show’s music director is Eddie Marzuki, the man behind Istana Budaya’s concerts for Siti Nurhaliza, Jamal Abdillah and the Alleycats in recent years.

Dave will be joined by 28 Istana Budaya musicians. There will be close to 30 songs and the non-stop concert will last 90 minutes. “It will be a journey through all my 39 albums,” says Dave.
Dave, 65, is bringing together newbies and veterans for his anniversary concert.
The veterans are Uji Rashid and legendary music director and saxman Datuk Ahmad Nawab whom he greatly admires. As for the newer artistes, he has roped in Dayang Nurfaizah and Marsha.
“Each guest singer will represent one era. I’ll also be paying tribute to our recently departed legend, Latif Ibrahim,” says Dave.

Dave will also be showcasing the Alfa Romeo car that was featured on the cover of his first album Maafkan.
“It is still in running condition,” says Dave

“Whatever money I make from the concert will be given to the less privileged, especially children’s homes,” says Dave. Celcom, Sogo, Nusanbakti, Concorde Hotel, Air Asia, Hard Rock Cafe and Faizal Mustapha Photography are the concert sponsors. 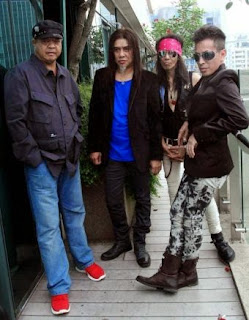 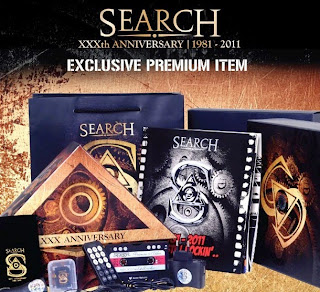