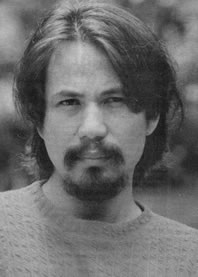 M. Nasir is on a musical voyage all of his own. In his ceaseless effots to create something uniquely Malay, he has repeatedly developed, progressed and married the elements of cultures both traditional and modern, Eastern and Western, to produce original music. As a songwriter, he acknowlade the west for providing rock and roll (especially wheh churning out the hits for acts as diverse as Search, Sudirman, Sharifah Aini and Wings) yet he manages to maintain an East-bent solo career. “Search and Wings were carriers,” says BMG Music's general manager Aziz Bakar, who signed Nasir in 1981, “but Nasir developed the sound.”

Nasir formed his first group Kembara in 1981, with A.Ali and S.Shahlan; both have since become prolific songwriter. Naslr himself had high ideals; he wished fon the band to attain “a religious level of existence”. ln the seven album that recorded, Kembara produced such literate pop-rock for lts time that it made the ever-increasing rock albums coming out then look vacuous. Look no further back thah to 1983's Generasi ku, which held the tracks Empat Penjuru (about a drug addict turned criminal and on road to rehab) and Kolar Biru (perceived as a statement for the working class). At a time when piracy was even more rampant than today, Kembara's album sales totalled close to 200,000.

After Kembara disbanded in 1986, Nasir begin carving his own career. His first album SOLO with the song Mustika and its hypnotic use of the gamelan, established him as a musical force. He reached his climax in 1993 with the release of his best selling album to date (more than 120,000 sold) and won two A.I.M. awards for best traditional album and best song (Mentera Semerah Padi). “Anyone who can break the mold and come up with something different will ultimately succeed” says Aziz Bakar.

As demand for his music grew, Nasir formed Luncai Emas in 1989, a song publishing house that now has over 1000 compositions. ln 1993, he launched his own label Mendonan, which today has three solo artistes - Ruby, Meor and Joey (the only act with an album). Nasir ,39, also maintains an active role in films, as both actor and director. His body of work includes Kembara Seniman Jalanan, Fenomena, Selubung, Simfoni Duniaku and Balada.

As he recovers from the recent “Who is Mahathir?” brouhaha and prepares for his latest directorial project Merah - with pop star turned actors Awie and Ziana Zain -nto hit the circuit, Nasir seems in good spirits. At his recording studio in Sungai Buloh, Kuala Lumpur, he's dressed casually in a black shirt and blue jeans, he drinks his coffee from a Japanese porcelain glass, and his answers are short but always sure.

What is your favourites Kembara album?
I don't know. On the first album, we wanted to try something with harmonies. On the second album we tried too hard to impress. On the third album, I was into progressive music but still rock based. All the albums were about change. The album were the same but at the same time, they were not the same.

What was popular at the time.?
Rock. Heavy Metal music. Lots of band were playing Deep Purple.

Did Malay music have an identity then?
The modern stuff was all copied. We approached music the Western way. I've been trying to write my own way (since then) but the market is such.

Has Malay music reached a certain standad yet?
The reason why we're not up to standard yet is because of our lack of knowledge in the arts. A lgt of people jumped into this business for the cari makan thing, or fame.

Who do you look up to as a lyricist?
Nobody writes like me. Mainly because certain types of lyrical thames only appeal to certain music.

Did poetry influence you?
I don't read poetry a lot. It is more the love of language that has influencend me.

Your song, Mustika has been described as “music for Malay archipelago”. What is your understanding of it?
Nusantara was what was there before the coming of any outside influences. The music was very simple. Gradually the outsiders came and the music evolved and it became uniquely Southeast Asian - asli, gamelan, and other indigenous music. But it is diffcult to develop these types of music into something big. It's not like Indian music, which has already been developed and has reached a certain height.

When did the traditional element come into your music?
Ever since day one. It's quite distinct in a Kembara song called Express Rakyat. Some artistes use ethnic elements to make an elite style of music. I'm trying to reach the man on the street. I'm using a style that for them, is complex. 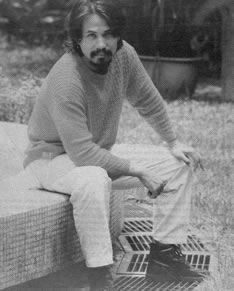 Your music has sometimes been described as world music.
There is no other kind of name, so they call it world music.

Did you think the merging of traditional and modern music would catch on?
When I began, I had no real commitment. I just wanted to enjoy what i did.

Does rock music have the same impact on you now as when you first started?
No. I've been listening to distortion for 15 years. I don't enjoy it anymore. I spend very little time listening to music.

Does rock music work in Malay?
The problem with rock music is that it is so synonymous with the English language. The whole world is Americanized, there are no authentic Asians. We just love Hollywood. We hate our own faces. Asians think movies are the real thing.

In music, it’s the same thing. In your country, you may be a hero. But outside, people laugh at you. For instance, Loudness (a japanese rock band) play very well but people outside don’t listen to them. It’s not natural to see Asian performing rock. It sounds weird. The languages doesn’t seem to suit to it. The language is the problems. Most Asian artist aren’t really into languages, which is different from rock artistes in the West. They are college people into poetry and thing like that.

Is there any longevity in Malay rock?
Malay rock fans move on eventually. They get married, turn to religion, and stop buying records. From artiste’s point of view, rock music is for your youth not your career.

What are the criticisms often levelled at you?
I’m normally considered trouble.

Do you suffer for your art?
Sure, I suffer, but I enjoy it also. The main problem is that the final product is not always the same as the idea I started with.

Some songwriters say the great song come from great suffering.
Like Kurt Corbain? To a certain extent it is true.

How do you feel about being Malaysia Bob Dylan?
No comment.

Do you write in a different state of mind when writting for other artistes?
Yes, I always think of the market.

In your solo work, do you let your self go completely?
About 80 percent.

Any big hit that you're proud of?
I don't know. I just do it.

Which artiste do you connect most with in the studio?
It's hard to say.

Canggung Mendonan was considered a pinnacle of your work. Was it a realization of some sort.
Are they saying that I should retire? When I was writing it, I was just enjoying myself and it turned out to be successful.

Do you feel you have a lot to live up to for your next album?
That's why I'm going to travet around Asia and record.

You're considered a self-contained musician. How do you feel about the collaborative process?
I like to work with people who are open minded, who know culture. There are a very few of them, so it's hard to collaborate. I'm not doing traditional music. It's a modern form but it has its ideas rooted in traditional music. I was trained as a fine art student. People can't really identify with me.

What specification did you want to do after your fine art degree?
I wanted artistic value in everything I did. People can make something for sake of society, but if it has no taste or artistic value, it has no worth to me. I was so obsessed with this renaissance thing when i was young. I'm still trying to figure it out.

How do you feel about Merah, your directorial debut?
It's O.K. It's a raw film. I wanted to make alternative film.

Awie play dark anti hero character. How do you bring that out?
That's me inside Awie. There's also Awie inside; he was a pretty bad kid when he was growing up.

Describe your role as director.
I brought everybody down to earth.