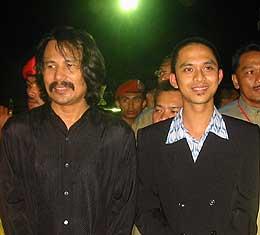 M. Nasir, who said the concert in which he performed was different from the ones he had ever been involved in before.

M. Nasir said he had been in the entertainment industry for 25 years and had performed on numerous occasions at private functions in Kelantan.