ANIMATED film Putih will see Erra Fazira and M. Nasir providing the lead voices for the main characters Putih and Putera Aftus, with Aishah and Shima as guest singers. The movie is adapted from the famous Malay classic Bawang Putih Bawang Merah but the storyline is somewhat different as Merah plays the villain now instead of Putih. 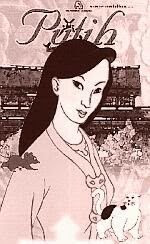 “Putih is a symbol of purity and innocence. We decided to call it such to make it sound different because we only draw inspiration from the classic and do not follow the storyline. It’s spicier, has more drama and includes a war scene now,” said director Rashid Sibir.

“We are trying to cater to the typical Malay audience who prefers the usual drama and songs,” explained Rashid.

Although Rashid has vast experience in directing movies and TV dramas, Putih marks his first attempt at tackling an animation movie. Animation director Jamil Ahmad and 60 other animators, who were working in two studios – one in Nilai, Negri Sembilan, the other in Muar, Johor – assisted Rashid.

“It looks so simple on the big screen but it’s not an easy job to piece together the whole thing from sketches to animated figures, dubbing and finally the editing part. You must first have a storyboard, able to visualise the story in your head and think in terms of moving sketches. The most challenging part was coming out with the best possible way to make these cartoon characters come alive and believable,” explained Rashid.

The whole process is slow, complicated, meticulous and tricky, he added.

“It’s so time consuming and difficult to keep within the limited time frame. You need to concentrate and schedule the different stages carefully. Then there is the problem of trying to coordinate and synchronise the movements of the body, the lips and dialogue spoken.” 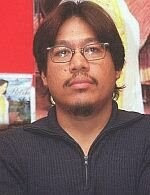 According to Rashid, it’s so tiring to see a cartoon that is not convincing.

“I was afraid this would happen. That’s why we took a long time to really complete Putih. If the end product is not good enough or on par with the other cartoon programmes you have seen, I’d feel that all the laborious work I did is going to waste,” said Rashid.

Putih tells the story of an orphan of the same name who lives with her stepmother Mak Kundur and half-sister Merah after her father and mother pass away. Putih’s life takes a Cinderella turn when a handsome prince, Putera Aftus, falls for her and eventually makes her the queen. But her happiness is short-lived when her stepmother sets up a cruel plan to get her in trouble.

Work on Putih started sometime in 1999 and the cost of production was RM2.5mil. The whole process of making Putih took about two-and-half years.

A simple launching was held recently at the Hard Rock Cafe in Kuala Lumpur to introduce the line-up of those involved in Putih.

M. Nasir, who is still recuperating from his kidney operation, described his hero character as a new experience. “I didn’t think twice about accepting the role. It’s something new to me and exciting,” said the music sifu who also wrote the score and lent his voice in a duet with singer Aishah for Putih. The three songs that he composed are Senandung Sayang, Kasih Putih and Bantal Baldu Meneman Mimpi.

Putih is scheduled for release at all GSC, TGV and Mega Pavilion cinemas starting today. In conjunction with this, Fine Animation and Syranet Systems (M) Sdn Bhd have started a Telekuiz Putih. Callers have to listen to the songs and extracts from the movie, answer some simple questions and win attractive prizes which include a Kriss motorbike, a 21” TV, a 29” TV and a VCD player by calling 600-856 233. Calls will be charged.
Dimasuk ke arkib oleh Saudagar Mimpi pada 10:56 PTG
E-melkan IniBlogThis!Kongsi ke TwitterKongsi ke FacebookKongsi ke Pinterest