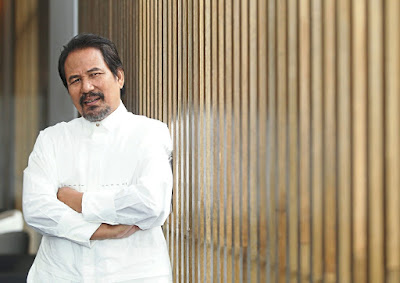 As a young man in his early 20s, Datuk M. Nasir had a vision of what he wanted to achieve when he entered the entertainment industry: To inject a freshness into the Malay pop scene.

“It wasn’t crystal clear at that time, but I knew I wanted to create new music and new kind of performance style, ” Nasir said at a press conference before his Konsert M. Nasir Satu Hikayat – 40 Tahun Perjalanan, that took place in November.

He continued: “I also look carefully at the kind of lyrics and melody I come up with. The lyrics especially; I always try to make the words be more serious although in a pop music format. 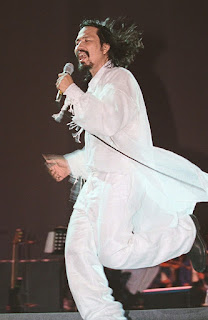 Nasir belting out his hits during a concert at Stadium Merdeka, in 2000.

“I want to share more about life, our surroundings and human experiences through my songs; the composition has to be mature and has to have depth, ” said Nasir, whose evergreen number Suatu Hari Di Hari Raya serves as a prime example of his aim.

While his first solo effort – Untuk Pencinta Seni, in 1979 (as Mohamed MN) – didn’t get anywhere, he gained fame as a member of the folk rock group, Kembara in the early 1980s.

In 1989, Nasir went solo again with the aptly-titled album S.O.L.O., and two albums later – Saudagar Mimpi (1992) and Canggung Mendonan (1993) – he succeeded in his vision by creating a new genre of music called Nusantara. He followed with two more albums, Srikandi Cintaku (1999) and Phoenix Bangkit (2001).

Needless to say, all of these songs were big hits in the 1990s as well as early 2000s and remain listenable till today.

At this point, too, the music icon had written multiple hits for other artistes, earning him the moniker Sifu.

Today, Nasir is 62 years old, and he summed up his music career: “My journey in the industry has its ups and downs, and it’s not been easy. (However) I can say that I have done performances as I wanted to do them for the concert-goers as well as for the music listeners, who are mature to understand what I am conveying through my songs.”

And he still has a lot more to offer, said Nasir.

“What is important is, although I am in my 60s – an age when one’s expected to retire from their profession – I want to prove that I am still here and able to continue in this profession, singing, performing and producing songs.” 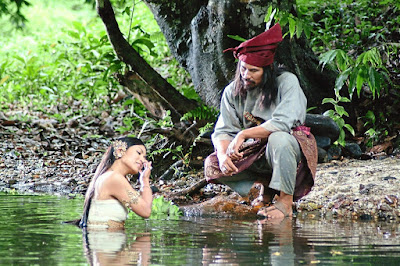 For his concert (held on Nov 23 and 24, at Plenary Hall, Kuala Lumpur Convention Centre) that celebrated his 40-year career in the music industry, the artiste dipped into his vast back catalogue as a singer and a songwriter.

His journey in the music industry started when he wrote the lyrics for Alleycats’ Senandung Semalam (1979) through his acquaintance with Wan Ibrahim, who was the executive producer of record company Polygram Singapore at that time.

The Singapore-born artiste shared how that happened: "I was his brother-in-law's friend who played bass in our party band. I spent my post art school days in their house. It was a big colonial type of house and we used one of its rooms to jam. I offered to write lyrics for Wan Ibrahim's compositions so that we could sell the songs to record companies. Never did I realise he was being offered a producer's job in Polygram to record Alleycats."

Enjoying the process of writing songs that become hits, the Nanyang Academy of Fine Arts graduate decided to change his career to music.

Two other hit songs that bear his mark are Sudirman’s Milik Siapakah Gadis Ini, and Search's Fantasia Cinta Madu. His relationship with Search is even more intimate, having brought the band to Polygram and produced five of its albums. 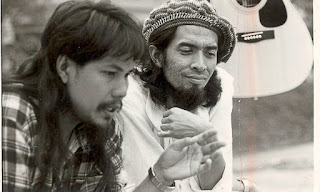 M. Nasir (left) with Dr Sam in the 1986 movie 'Kembara Seniman Jalanan', which M. Nasir wrote and stars in.

He recalled: "I saw their picture in the papers and had a good vibe about them before I even heard them. Then I brought Polygram's man to see them at their workplace and the rest is history."

Like all geniuses, M. Nasir doesn't limit himself to just one field. Besides music, he is also a visual artist (he held his solo exhibition in Shah Alam in 2015), an actor, a director, scriptwriter, producer, as well as the man running the record label Luncai Emas.

With so many things going on, no wonder Nasir hasn’t produced an album for more than a decade; his last outing was Sang Pencinta in 2006.

“There is a new album I am working on; it has been a work in progress for the past five years, ” he mentioned with a laugh.

When asked what’s taking him so long to come out with a new album, he answered with a chuckle: “I am always distracted by other things.”
On a more serious note, he explained: “When I was with Kembara, we were happy and honest with what we were doing. But now, the world has changed, music has changed and the way people consume music has also changed.

“So the challenge is to whether I want to adjust to contemporary tastes or not.”

While the music industry may be fickle, Nasir’s objective to introduce something fresh with everything he does remains unchanged. “That is my problem. Even if my ‘new’ is not noticeable, but I know it and that’s what I want to do.”

Go here for an interactive infographic on Nasir's career.